Having been involved with the development of the Soil Culture project since 2011 it was a great honour to be invited to be part of its final exhibition alongside such highly respected names in the world of environmental art as herman de vries, Ana Mendieta, Richard Long, Mel Chin, Chris Drury, David Nash and Andy Goldsworthy, to name but a few. The show aims to express the way artists have worked with and about soil and ranges from simple soil rubbings and paintings, alongside sculptural installations and bioglyphs (a photographic process using microbes) to soil remediation projects and large-scale earth works. It is also the perfect culmination to the long and distinguished career of CCANW’s enthusiastic director Clive Adams. 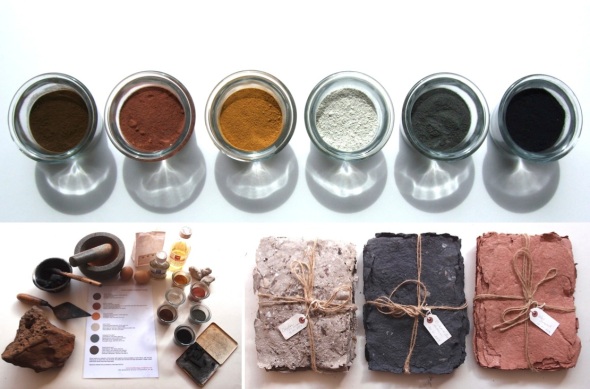 My own contribution to the exhibition was an earth pigment painting completed in 2009, as well as installation of three glass top display cases showing different aspects of soil art including pigments, soil science and soil biology to help contextualize the other work in the exhibition. Helping install the exhibition reminded me of the attention to detail necessary that makes work of this caliber really shine – it took 3 of us over 6 hours to hang herman de vries’ grid of 16 soil rubbings and a team of 8 a week in all to hang the show, not to mention the years of preparation involved in bringing all the work together!! 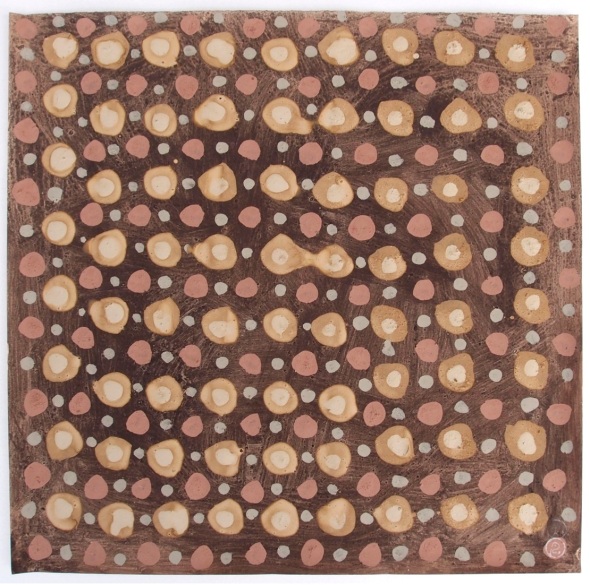