The Soil Culture project led by CCANW and RANE will be drawing to a close soon with its final exhibition at Peninsula Arts in Plymouth from 16th January to 19th March 2016[i]. The project as has been documented in a 120-page publication with essays by prominent soil scientists and soil artists, along with illustrated accounts of residencies and other activities enjoyed during the 3-years. 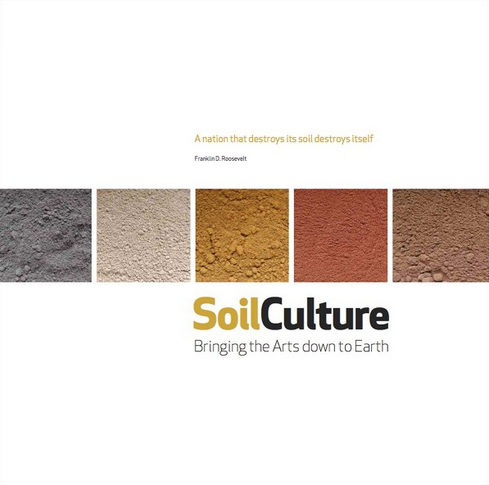 My involvement in the project began when I met CCANW director Clive Adams in 2009. I presented him with six small glass pots of ground earth pigments from North Devon. He suggested I meet soil artist Dr Daro Montag at Falmouth University who was just starting an MA Art & Environment Course, which I subsequently attended.

I was invited to join the Soil Culture project development team in 2011. My contribution has also involved workshops, exhibitions and some of the imagery used to promote and support it. I was recently asked to write a short essay for the publication and retake a series of photographs of ground and raw earth pigments to be used for the cover and chapter/section headings…

The publication is available from http://www.ccanw.co.uk/ at a price of £15 per copy.