Games are created for many different reasons. This simple game was inspired by a story told to me by a fellow artist during a visit to the Ackermann Champagne Vaults as part of my GNAP France residency. At the vaults was an antique game similar to ‘Boules’, created with wood and metal, devised by mariners on the Loire waiting for their cargo to arrive and to be loaded. The empty slightly concave hull of the vessel would be used to roll wooden metal-rimmed balls at a wooden jack. The winner of the game, whose metal-rimmed wooden ball was closest to the jack, would have to drink a glass of wine and the game would continue. Much merriment and drunkenness would abound! 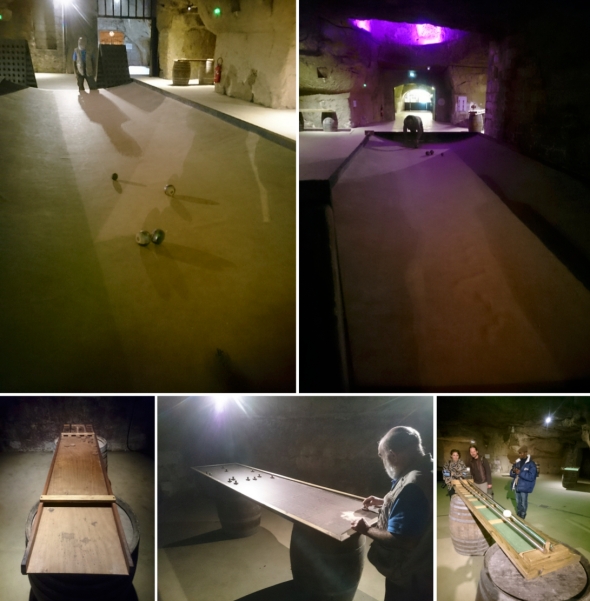 As I was awaiting artistic inspiration at a quarry site I started to play with a number of plastic cones, an old football and some rocks. To pass the time, I devised a simple game. There was no way to win. It went a little like this:

While I have called it a ‘game’ or a means of ‘passing the time’ it was also an enjoyably physical way of creating and participating in the arrangement of found objects as part of an environment – an aesthetic game perhaps!? Ho hum 😉