Tales of the Riverbank: BLACK & WHITE

Many thanks to those who joined us for a splendid morning in the company of ex-Bideford Black miner Ron Pither, as we slowly walked the length of Mines Road in East-the-Water recalling days-gone-by, and for an expressive afternoon painting together with Bideford Black and white Peters Marland Ball clay onto a shared canvas at the old Bideford Art School on the Quay, as part of the first Tales of the Riverbank event organized by Bideford Bay Creatives. The events – workshops, walks and talks – spread throughout the summer, explore the natural and social history surrounding the River Torridge in North Devon. 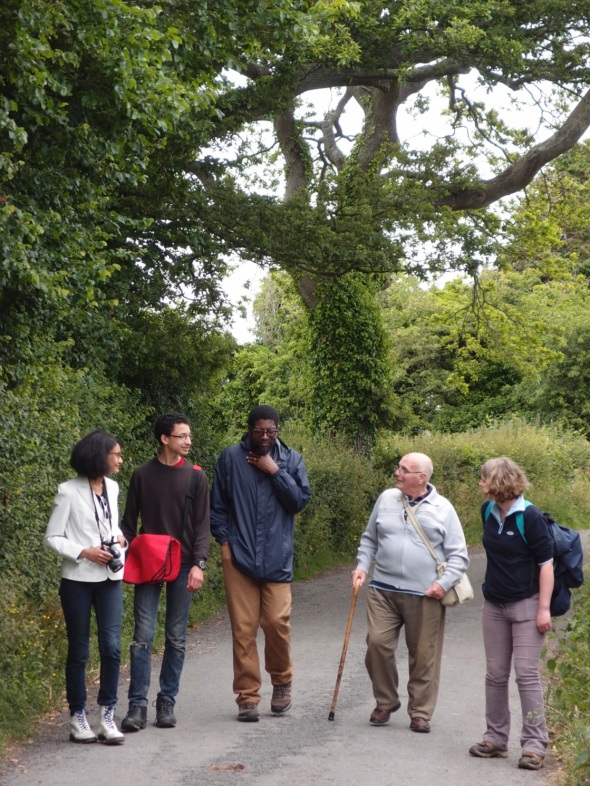 As we walked, Ron’s vivid and joyful recollections of his time as a miner and young man growing up in East-the-Water the 1950’s, laced with other historical details by myself, brought greater depth and colour to a seemingly non-descript lane on the outskirts of town. Mines Road, as the name suggests, used to lead to the Chapel Park pigment mines that finally closed in 1969 – there is little physical evidence left today to reveal its not too distant past. I had met Ron as part of the Story of Bideford Black project for the Burton Art Gallery in 2013 and he jumped at the opportunity to share more of his memories today. 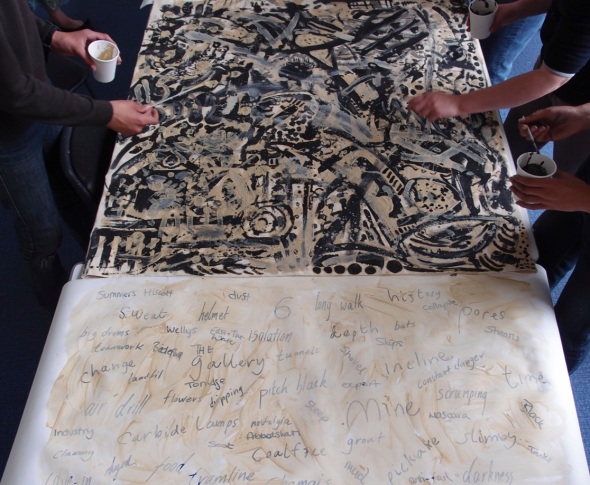 After lunch the small, but select, party of artists and others interested in local history worked together to create a painting that somehow responded to the memories shared during the walk and to the specific local materials provided. Decisions were made as a group at critical stages of the process regarding the definition of parameters and as to how the painting should progress, revealing individual and collective ideas about the creative process in general and the specific nature of the materials involved. The painting produced will be exhibited as part of Soil Culture at create in Bristol from July 8th. 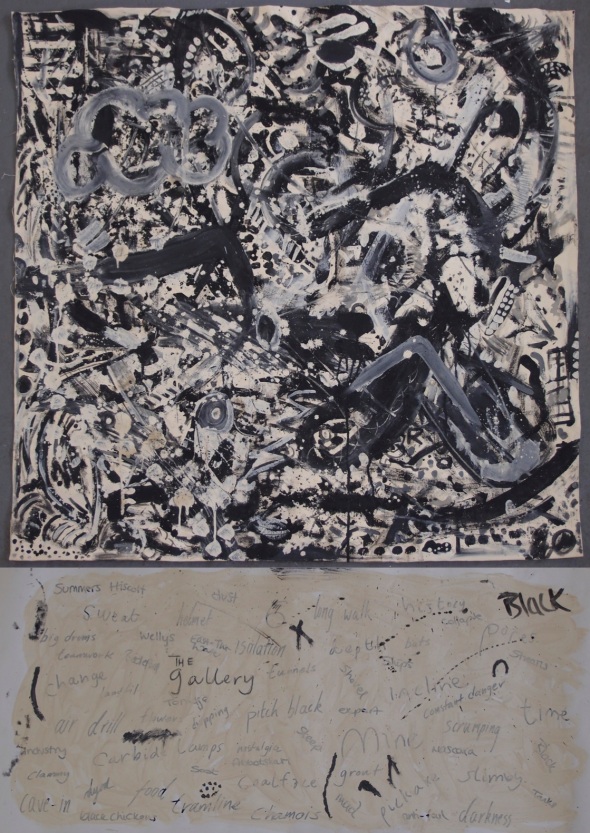 Many thanks also to Learn Devon for providing such a great space to conduct the workshop.